APPSIRGAMES WILL BE RELEASING A PHYSICAL CARTRIDGE FOR ITS GAME BOY GAME
PHOBOS DERE .GB

This is a unique piece of collectible! The goosies you'll feel when you finally hold on a cursed catridge that might haunt your past!
The collectible comes with a cartridge and an isntruction manual. Pre-order ends on September 25, 2022!
Secure your copy now!
Click here: https://limitedrungames.com/products/phobos-dere-gb-gb 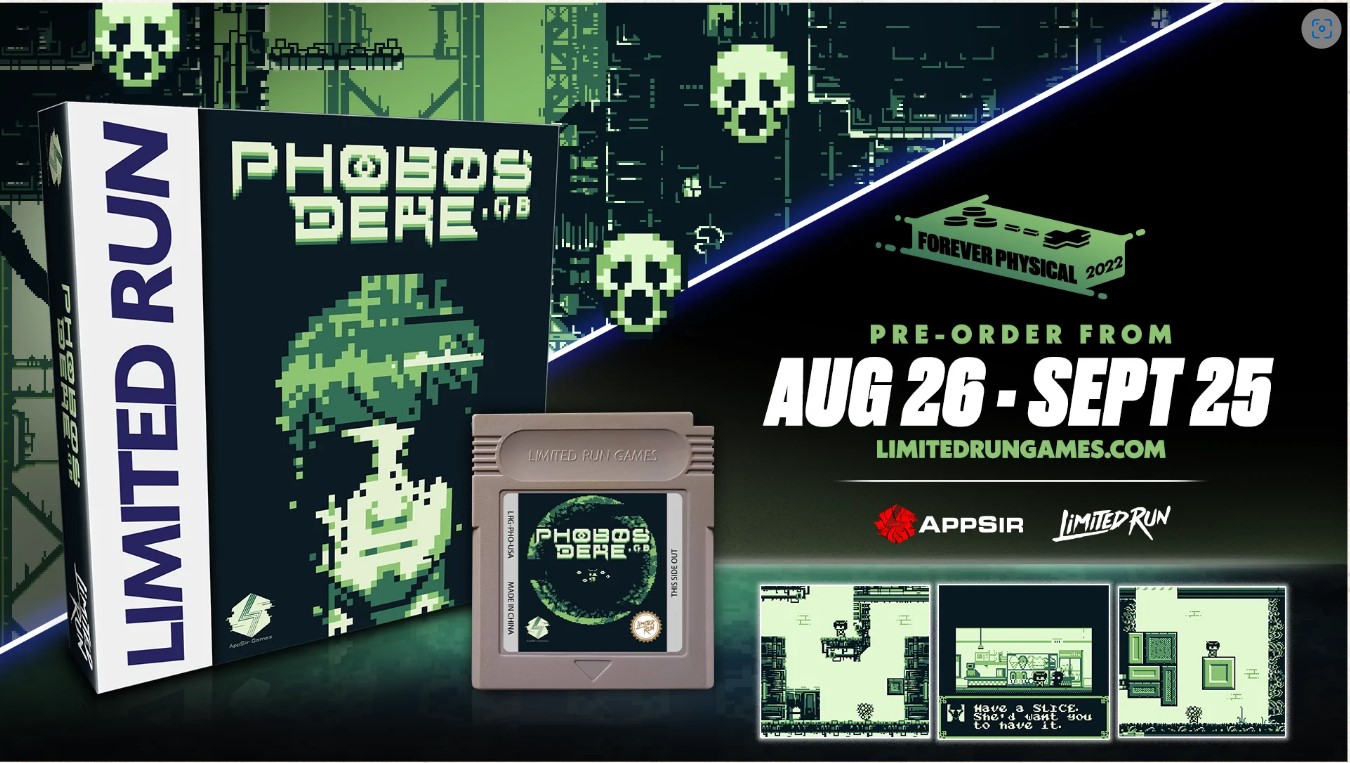 In 1982, the Institute started its experiments on an 8-Bit platformer game starring a hero named Kingsly. Participants were instructed to find lost cassette tapes in the game to win. Despite the casualties brought upon by the seemingly cursed game, the research was considered a success.

PRIMA DERE ZX. is an authentic ZX Spectrum game that can be played on a 48k/128k machine and other hardware. Alternatively, you can play the game on a ZX Spectrum emulator such as Speccy. If you don't know how to load a tape game, enable auto-load in the hardware settings for the emulator. You can also enable "Fast Tape Loader" so you don't have to wait minutes for the game to load!

Celebrate the 40th anniversary of the ZX Spectrum with a new speccy 48k game in PRIMA DERE ZX!


Seth, a former researcher involved in the development of the PROTO DERE project, is forced to relive his dark past after uncovering a Game Boy cartridge seemingly haunted by a malignant force.
An authentic Game Boy ROM with a frightening secret reemerges on March 5, 2022.
I AM EXCITED!

I have made a fan-made digital planner for Dere Evil Exe! You can view it here...

Of all the AppSir Games I had played, I just finished an unpublished one. haha But I will share my favorite AppSir Games here. weee.
Please play Puzzling Peaks and DERE EVIL EXE. haha


AppSir Games has a fun and welcoming community where you can explore more about their games! The dev is also there whom you can also talk to! You can join here.